The Heart of Darkness?; a trip in to Hounslow Libraries!

In July 2008 John Laing Integrated Services (JLIS) took over the management of Hounslow Libraries on a 15 year deal worth £134m, this was the first truly privatised library service in the country. JLIS is now shortlisted for library contracts in Croydon/Wandsworth and as far as we know Wokingham?

So what does a Hounslow Library look like? Well being an intrepid anti-privatisation campaigner i ventured forth into the unknown and visited the Central Library and one of the smaller branch libraries.
Dressed inconspicuously with my deerstalker hat, 'Frank Pezzanite is Darth Vader' t-shirt and a note book and pen i got the tube to Hounslow Central and did the five minute walk to Hounslow Central Library.

The Central Library is housed along with the Paul Robeson Theatre in the Treaty Shopping Centre and from the tube station is hard to find due to a lack of street signage! 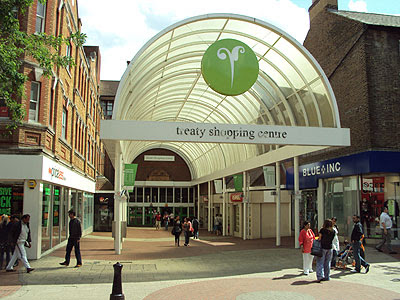 The Library is situated on the 1st floor of the shopping centre and the first thing that you see after getting off the escalator or climbing the stairs are notice boards saying 'library events' but most of the notices were advertising volunteer opportunities for different positions including in the libraries, worrying!

The Library is spread out over one floor and is very spacious, but I'm not a fan of open plan libraries, they often don't work very well! There are are plans to refurbish it this year and while i was there there where workmen assembling shelves but the overall appearance was tired, shabby and 1970's, especially the carpet! There are some new tables and chairs and desk/pods for the staff to stand behind when they're not 'floor walking' although i didn't see anyone 'floor walk 'while i was there! There also 4 self-service kiosks and lots of pc's for public use.
The book stock was pretty good especially the non-fiction particularly around the 800's, but the 'quick reference' collection was the worst I've ever seen in any central library and included a 2009 edition of Whitaker's and an ancient copy of Gray's Anatomy! As far as i could ascertain this was the only reference collection in this part of the borough, i was told however that "Chiswick might have one"!
One thing i will say is that the shelves were very tidy, a good thing to see!
A local history collection is also housed on the same floor but was an absolute mess with books out of place and just looked very uncared for!
The children's library is uninteresting and uninspiring but does have an enclosed story-telling area and there is a space for 16-19 year olds called 'the Attic' which offers advice and information on careers etc.
After walking about for 20 minutes taking notes on my phone one of the staff spotted me, obviously suspicious and that is when i made my exit!


I then did the 20 minute walk to the New Heston Library, opened in 1960 and very pleasant from the outside with palm trees, yes i kid you not palm trees, and a seating area! The library interior was re-furbished  2 years ago and is very bright and shiny but as with most re-furbs or new built libraries nowadays it was lacking in character, a bit anodyne and homogenised like a retail outlet or an airport lounge! 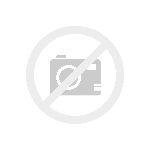 The stock was ok but in the terms of fiction tended towards the 'beach read' and the non-fiction selection was small but catered for most general needs however the shelves didn't seem very full, which could mean that they have brilliant issue figures or a reduced stock fund? Also the shelf signing was very poor, so small it was easy to miss! There's a small study/reading area at the front and a few public PCs in the main floor space, yet again the desk is reduced to a pod which is probably linked to the fact that they have two self-service machines and staff are supposed to spend their 'freed' up time 'improving the user experience'!


A visit can tell you quite a lot but what do we really know about working for or using a library service run by JLIS, well not very much due to the lack of information available in the public sphere!
JLIS claim that they have increased "library attendance by 7%" and that they provide monthly performance figures to LBH as well as carrying out daily, weekly, monthly and quarterly inspections!
But it won't be publicly available due to it's sensitivity!

For a rare glimpse we have something written on Alan Gibbon's blog;

“I don’t have first hand experience of Hounslow’s library service, but a recent letter from a library user who would prefer to remain anonymous does raise concerns. The letter describes recent refits as ‘appalling’ and reports that staff morale is ‘low’ with job cuts and forced retirements leading to great uncertainty about the future and the impending strategic review. The company running the libraries, John Laing, apparently has a fifteen year contract.
“The library user reports that staff have to dress in black because the company considers that they don’t look smart enough and will be sent home if they don’t comply.
“It does seem difficult to square these practises with the most cursory reading of the 1964 Public Libraries and Museums Act whose founders surely did not anticipate that a statutory service would be hived off in this way.”


I've deliberately not talked about the staff and my interactions with them, i don't think this would be right as i wasn't there on a 'mystery shopper' exercise and they are colleagues and some of them fellow union members!

The council has reduced the

cost of the service by

in the last 18 months

in back office costs and