Official statement by Bromley Unite on the libraries strike. 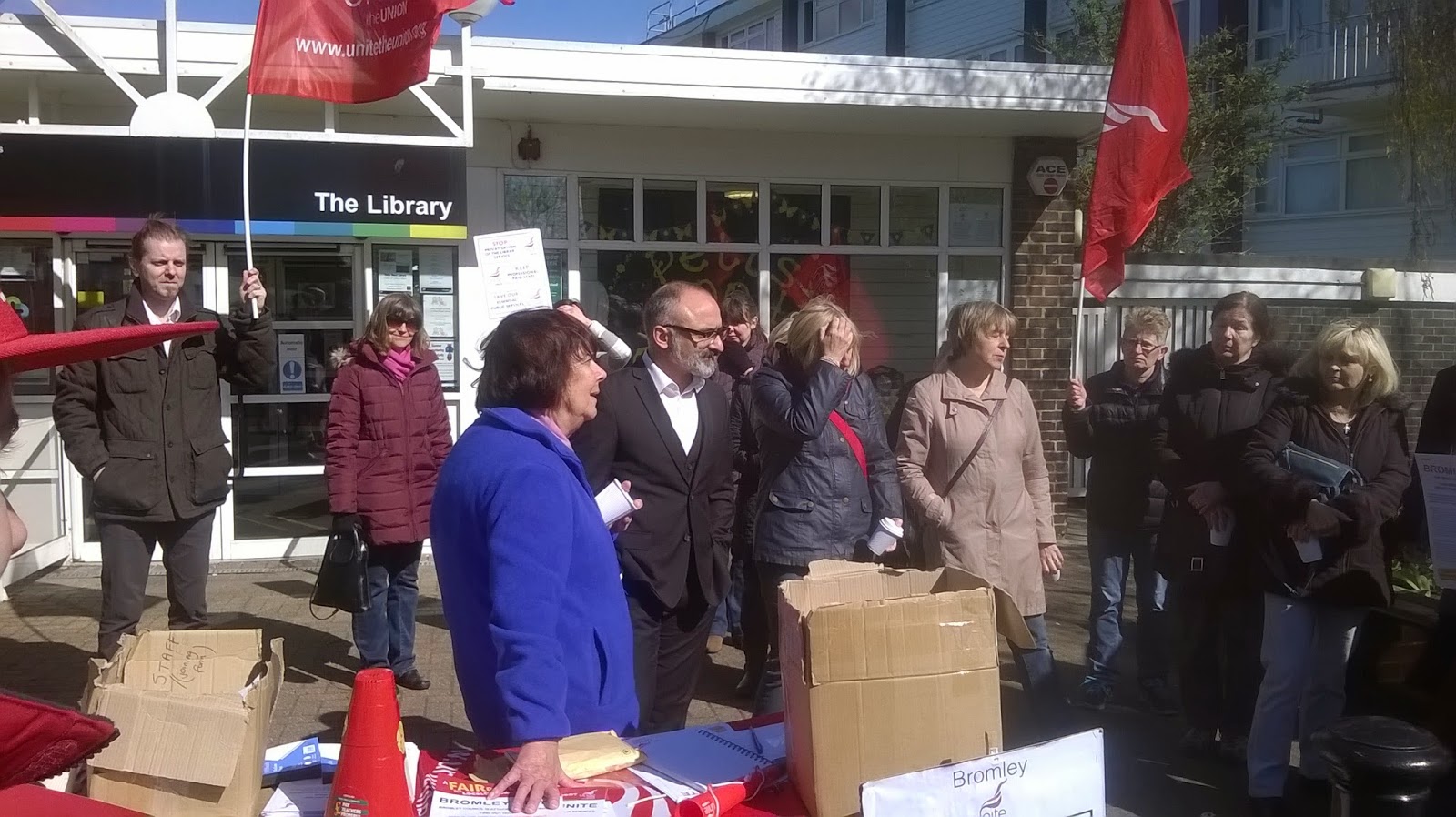 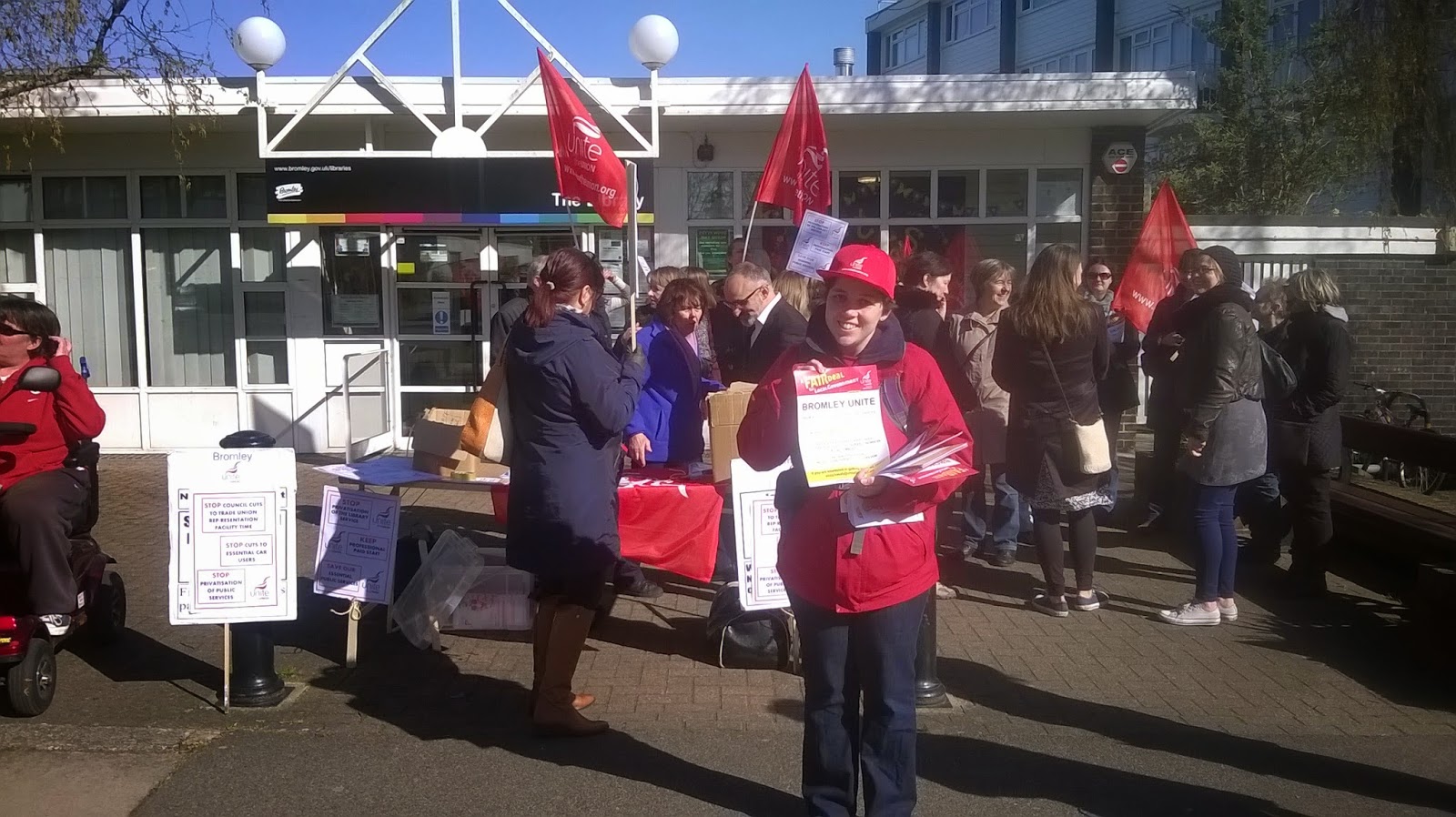 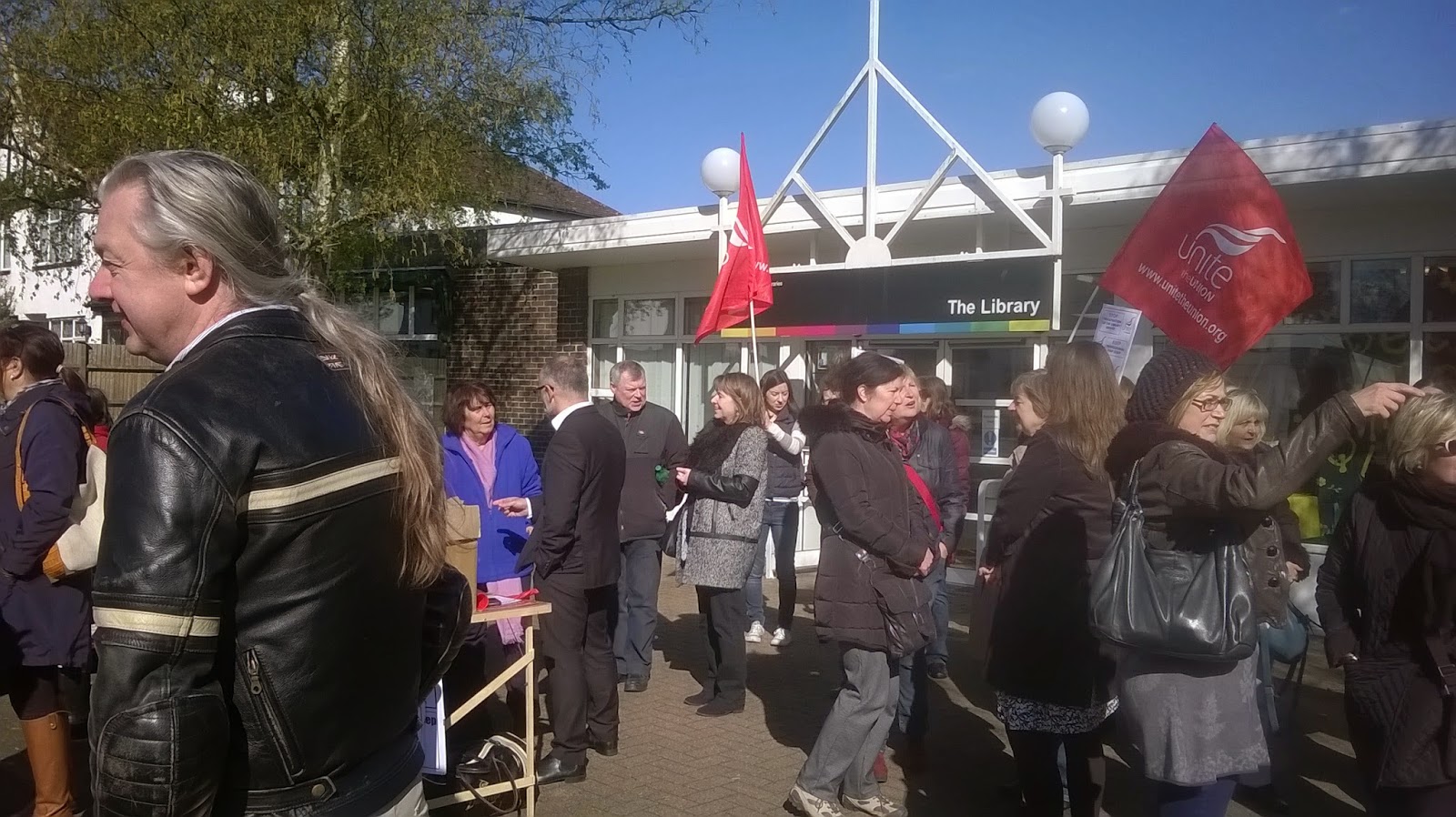 Solidarity and thanks to Bromley Unite for the following statement;

"Members of the Unite trade union have been taking strike action this week in defence of Bromley Libraries.

The Council are considering privatisation via market testing, transfer to a social enterprise and also replacing professional library staff with volunteers.
The public consultation organised by the Council did not allow the public to opt to keep libraries council controlled and run by paid, professional staff. The union therefore responded with a consultation exercise of its own - the result being that over a thousand people responded - every single one opposed to the Council proposals. Council officers had agreed that should there be evidence that the public opposed the options put forward by the Council, it would lead to a rethink. But so far, no rethink has taken place. In response, Union members in libraries, along with Unite members across the Council voted by over 80% to take strike action. The dispute is also to protest an attack by the Council on the trade union.
It is no coincidence that at the same time as beginning a mass privatisation programme across the Council that includes libraries, the Council have agreed to withdraw all facility time arrangements from the Branch Secretary - who happens to be a library worker!! 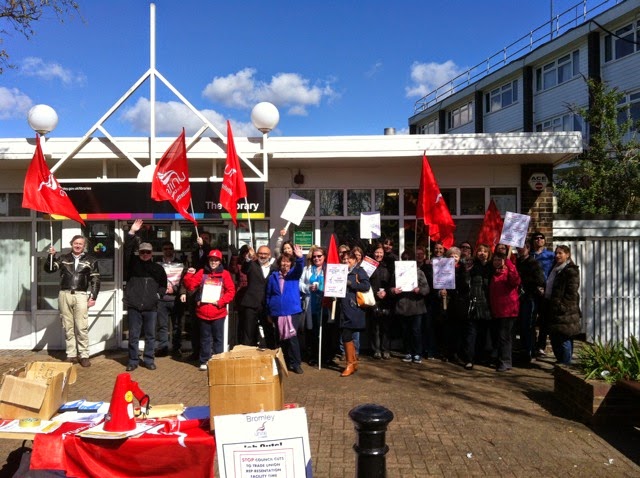 The strike action will involve library members from 27th April to 30th April, with the whole branch coming out on strike on 1st May, 7th and 19th May. Workers from Parks and Adult Services who also face privatisation are out on strike on 5th May and from 13th to 18th May. A march against privatisation, in particular highlighting the threat to libraries has been earmarked by Unite nationally for 13th June - the march will demonstrate through Bromley, targetting the massive majority Tory borough and showing it as the nightmare scenario faced by the rest of the country if we do not act now!
The strike action of library members has been incredible. solid support from members along with fanstastic public support has shown the great support that exists for public libraries. The action has also been effective - leading to library closures as a result of the strike action.
As Unite Branch secretary Kathy Smith made clear on the picket line, this is not about letting off steam - it's a fight to the finish to save our services!"
Posted by Alan Wylie